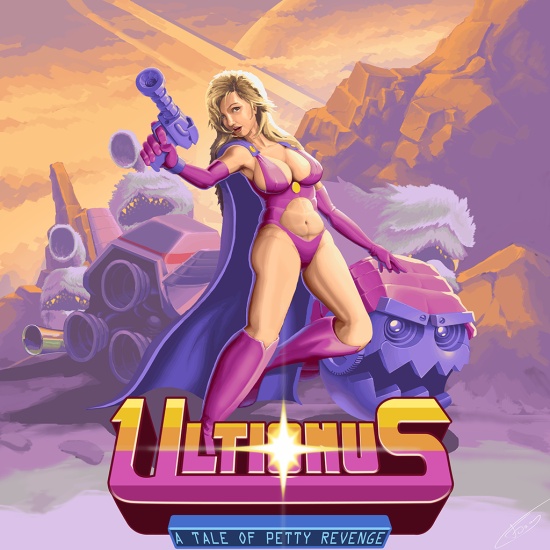 Question: How did the idea for the game come about?  Nostalgia? I can imagine you turning on your old Sinclair and pressing the PLAY button on the cassette.

Answer: Nostalgia is a huge factor of course. I miss the sense of uncomplicated but massively fun adventure the games used to present. Games like Phantis, Game Over, Freddy Hardest and Trueno all took you on a quest – all without a tutorial, without an epic story (or any story really, if you didn’t have the cassette inlay!), no dialogue, no cutscenes, and still managed to remain super-memorable. I always wanted to do that!

Q:I think you got in touch with Phantis programmer Carlos Abril to ask about Dinamic’s videogame and using the character and environments of his game for motivation. How was the talk and why this game in particular?

A: Before starting Ulti I was obsessed with Phantis for a little while. I replayed every version of it I could get my hands on, and even tried to find any old articles or reviews of the game. That’s how I stumbled on a couple of interviews Carlos did around the release of his Zack Zero game. He seemed like a cool guy, so I sent him a message through the Crocodil’s «Contact Us» button on their website. And to my total surprise – Carlos replied! It just blew my mind that something like this is even possible. 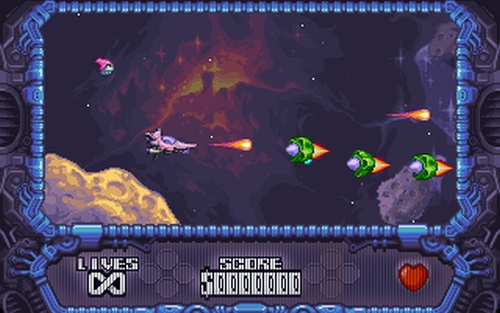 Phantis was special to me – it was one of the few games of that era that was just easy enough to be beaten after a few tries. It was probably one of the first times I was able to beat a Spectrum game. I mean – back then it was almost customary for a game to just keep going – starting from the beginning with higher difficulty. Other games just gave you a black screen and a «Congratulations» after you completed the last stage. Phantis was a journey with a clear start and end points. For the time – that was epic.
Q: I keep a picture of Serena drawn and signed by Alfonso Azpiri. The artist made the cover for Phantis, the game and also the cover of our last issue. Did you think to ask Alfonso to make a cover for Ultiounus?

A: That would’ve been phenomenal, but I’m afraid I’m too poor to afford a professional artist – especially someone of the caliber of Mr Azpiri. In fact – when I was super-busy finishing Ultionus, I have contacted about a dozen artists offering, by my standards a substantial sum of money to them to do the box art. Most didn’t even bother to respond, and some complained the amount was laughably low. I ended up drawing the «cover» myself. With a mouse.
Q: So you think that AMC is a reference to your game. AMC was a great shoot’em-up. It was  programmed by Pablo Ariza. What do you think about Spanish 8-bit games?

A: The 8-bit Astro Marine Corps was amazing! To this day I haven’t seen a more impressive ZX Spectrum game at least from a technical standpoint. The Amiga version was a massive letdown though.
Dinamic, Topo and OperaSoft games were some of the most memorable from my childhood – both, in good ways and bad. Dinamic – mostly great. Super polished games, great art, memorable characters. Topo – weird, sometimes confusing and definitely less memorable. OperaSoft – almost universally bad. There was just something about their engine that made the games almost unplayable.

Q: In the 90s, I played a lot Jill of the Jungle (Epic MegaGames). It seems that the star of your game also knew the computer’s shareware from that time…

A: Haha – I had a PC 286 well into the late 90s, so I could only play the 2D shareware stuff. Jill of the Jungle, Dangerous Dave, Commander Keen, Bio Menace – those were some great games, though very different from the 8-bit stuff. Another very distinct era in home computer gaming and totally worth revisiting. There is a very recent game that came out on Steam – MURI – it was a cool callback to the time of EGA graphics and PC speaker music.
Q: Old games were much more complicated than today ones. However, Phantis had a fair dificult level. How much harder is Ultionus?

A: Old games were definitely harder. I sometimes let my 5-year-old son play the classic Spectrum games – and he just keeps losing without making any progress. I tried to make Ultionus‘ difficulty adjustable.  If you don’t like hard games, but want to experience the adventure – play on Easy. Playing on Normal is much more difficult – go in expecting a challenge. Beating any mode unlocks the Hardcore mode. It’s hard. Very hard, and probably not always fair.
Q: What can you tell us about the composers of game music?

A: Oh – Jake and Luke were great to work with! I have first met Jake when we both worked at Gameloft NY – he is just a terrifically friendly, super-talented dude that is into all things oldschool games, same as me. Luke first came into my attention after he put out his Truthcannon album – he is awesomely talented.
When I first started looking for a musician for Ulti – I contacted several low-profile guys about writing music for the game. I really didn’t have the budget for anything fancy, so none of those guys were all that interested in working with me. One night I was just venting to Jake about how difficult it is to have people work with you on a very low budget, and he was like – «Why didn’t you ask me? I’d totally do it!». And he did – really, really well I might add: )
Q: I think you design your games with Game Maker, isn’t it? How is making a game with this tool and what other programs do you use to make your graphics, plan the levels, etc.?

A: Yes – I now use GameMaker Studio, but I have been using GameMaker starting with version 4 back in the early 2000s. It’s just a great tool for anyone with almost no programming knowledge. It takes almost no time at all to get stuff working in it – I’d recommend it to anyone who ever wanted to make a game. It’s simple to use and comes with most editors already built in.
For art I use a combination of Photoshop and ProMotion. Photoshop – for modeling sprites and backgrounds – to adjust the color palette and see how art layers together. ProMotion is a pixel animation program – I used it to animate everything in this game and Legend of Iya.
I also wrote my own animation editor for the large bosses and some of the background art that uses sprite scaling and rotation. 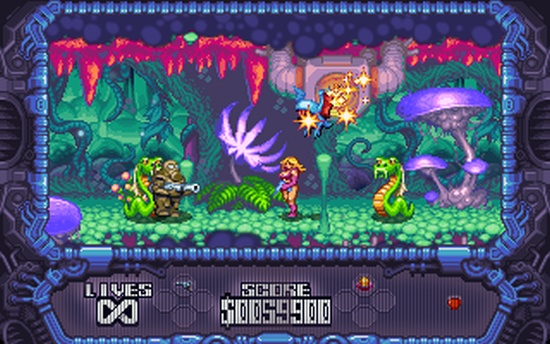 Q: Steam, Desura, Humble Store … It seems that there are many ways to publish games for indie

A: There is – but none of them are easy. Steam requires you to pass the Greenlight process, which can be grueling! Humble Store is small and a lot of its vendor features are still underdeveloped, though they do have very helpful staff that is more than happy to walk you through things you don’t understand. Desura – I am yet to be accepted onto their service. I really hope they weren’t offended by my game.
All of those services require waiting, paperwork and a lot of attention.
Q: How was the experience of porting the game to Ouya? I have read positive experiences from other indie developers as Locomalito (Maldita Castilla).

A: It was certainly not as difficult as I thought it might be, though the GameMaker still has ways to go before it supports the OUYA features without having to be kicked with a steel-toed boot. For instance – there is still no way to make the game purchasable on the OUYA store, and there are controller issues that crop up now and then. There were other, weirder problems too.
Q: You have worked in the past in many interesting games, more or less games with a retro or classic feel. What was your role? Seems that you can program and have a very high pixelating skills!!

A: Most games I have worked on to this day only used my pixel art. My programming skills are not great, and I never had the time to learn anything other than ZX Basic, Game maker and a little of Z80 ASM. Give me C# or Java – and I wouldn’t know what to do with it.
I have also worked in quality assurance in my early days – I guess it’s the «dues» everyone without a higher education degree has to pay to get into the industry.
Q: Ultinous. Ultiunous. Ultionous. Ultionus! Sorry, but I find it hard to guess the name of the videogame. Does it mean anything in particular?

A: If you read it as an English word It’s pronounced – All-Tea-OWN-Us.
The name is a bastardization of Latin «Ultionis» – meaning «revenge». When I decided I needed a name for my game that is not Phantis, my wife and I sat down for an afternoon looking for interesting and relevant words – especially «revenge», since it’s kind of the theme of Ulti. Ultionis stood out as something a game could be called, but the word sounded a bit too weird, so we changed one letter to make it more pronounceable to the western audience. Overall – I liked this method of name-choosing quite a bit.
Q: What about your other game, Legend of Iya?  The Kickstarter campaign was very successful and the game looks amazing. How it’s coming along? What are the most difficult tasks you are facing with that game?

A: Legend of Iya is coming along nicely, though many systems seen in the game at the time of Kickstarter had to be redone, as they were just a mess. So far – a lot of coding and asset-reshuffling has been done, the game can now run on Linux and Android, and now works in higher resolution, but not much new in terms of showable content. This upsets my backers, but I gotta do it the way it feels right. 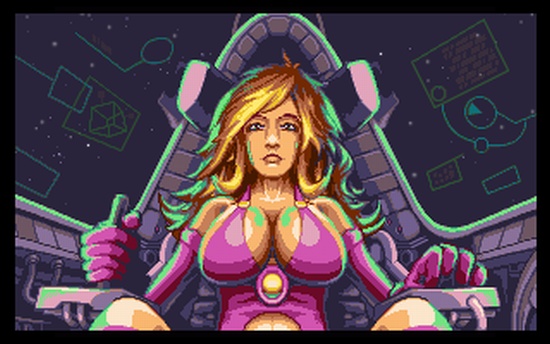 Q: What can you tell about the future, new projects? Focusing in Legend of Iya?

A: Yes – from now until next autumn – it’s Iya. After that – I have way too many projects that I have started and want to finish. I also definitely want to make more projects inspired by old Dinamic games – that’s for sure. I would’ve loved to do something like AMC, Game Over or Freddy Hardest. People who finished Ulti were calling for a sequel. I might do that – to see what Serena S is up to next.
Q: Thanks for your answers and keep your really good work!
A: No, thank you for finding this newsworthy! It’s awesome to know people care about the old games I grew up with, as I’m a little annoyed that the «retro culture» on the internet is all about NES and pretty much nothing else. NES was great, but where I’m from Speccy was king: )